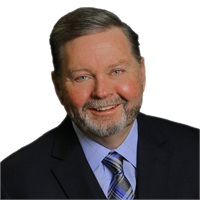 Dan started his career in 1983, working on the floor of the Chicago Mercantile Exchange. In 1991, Dan joined First Chicago Bank as a Financial Advisor. Dan stayed the course for over 14 years as the bank changed names and eventually became JPMorgan Chase.

In 2006, Dan left the bank to form McCabe Financial Group. Many of his clients followed him to the new firm as did his assistant, Christy.  Leaving the bank as a Vice President with a pension, healthcare, and a support staff was a difficult and scary decision, but Dan soon realized he had made the right choice.  Dan's business has continued to grow and has surpassed his original expectations.

Dan's philosophy is simple, "provide consistent reliable advice for his clients and their families as they move through the various stages in their lives."

Energized by the fact that no two days are the same in the financial markets, Dan meets regularly with the other financial advisors on the McCabe Financial team to discuss various approaches to the ever changing market conditions.

Dan is married to Diane and they have resided in LaGrange, IL for over 30 years.  They have three children, Katie, Thomas, and Colleen.  Dan enjoys playing tennis and golf and has recently taken up fly-fishing.